Blizzard is rolling out (pun intended) more and more about everyone’s favorite hamster right now! The developers of Overwatch have released a video detailing more information about Hammond the “Wrecking Ball” Hamster.

The Story of Hammond

Hammond the “Wrecking Ball”  is a product of genetic mutation experiments conducted on the Lunar Colony. The experiments are the same ones that brought around the intelligent Winston the guerilla. When Winston and the other apes went crazy and escaped, Hammond caught a ride with Winston, but his escape ball broke apart and he fell to a different area of Earth. He took the opportunity and converted his escape pod and turned it into a mech where he went on to be victorious in Junkertown.

The most important question on everyone’s minds is…what are his abilities? With a name like Wrecking Ball, he’s naturally a tank, but a tank with a unique ability. Hammond can be a mech on all fours, shooting  devastating quad-cannons, but then he can switch to ball mode. In ball mode he rolls around with ferocity and deadly force. In ball mode, the mech has a grappling hook that can attach to objects and allow Hammond to start swinging to gather up momentum to unleash devastating attacks.

Players that master the grappling swing will find the movements to be extremely useful and provide powerful punches. Utilizing the crouch button while on an upward swing will force Wrecking Ball to perform a pile driver. As a tank, he also has an adaptive shield but just pushing the button for it will give Hammond a minimum amount of shield, but the more enemies surround him, the more shield he gains. Wrecking Ball’s ultimate ability is a zoning ability that deploys a minefield in the surrounding area. These mines take a while to arm, and they aren’t invisible to the enemy, but if an enemy steps into the field, the explosion is ferocious.

Hammond the “Wrecking Ball” was developed to be a very disruptive tank. He can move efficiently and quickly through the battlefield unleashing devastating attacks and throwing down mine fields in everyone’s way. 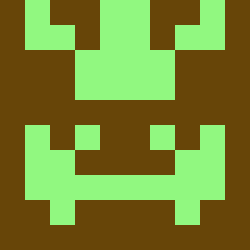 Tickets For BlizzCon Will Be Available Soon
April 11, 2018