Heads up, horror fans!  Everyone’s favorite killer doll is about to return to the big screen.

Originally hinted at via an Instagram post that’s since been removed, director Lars Klevberg let the cat out of the bag regarding his remake of the cult classic horror film Child’s Play.  According to sources at Bloody Disgusting, filming is set to begin next month on September 10.

Don’t expect any references to the sequels, though!  The remake is to be released by MGM and Orion, who own the rights to the 1988 original.  Since Universal Pictures owns the franchise’s sequel rights, the MGM/Orion film isn’t allowed to use anything that came after the first film, whether it’s considered canon or not.

So, what’s new in Klevberg’s take on the maniacal mini murderer? Well, for the most part, that remains to be seen.  What we know thus far is that Kung Fury 2’s Tyler Burton Smith wrote the script and it’s rumored that Chucky himself will be reimagined as some sort A.I. tech.

Reactions to the rumors of a Child’s Play remake are mixed, with many saying it’s a bad idea.  I guess we’ll just have to wait and see if it’s worth the price of a movie ticket. 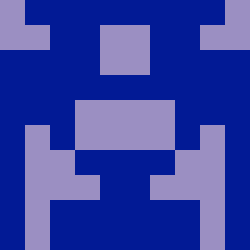