The creators of the co-op third-person shooter game Warframe have partnered with Middle-Earth Enterprises to bring the Grandfather of Fantasy Novels back into the MMO world with a new, free-to-play, Lord of the Rings game.

It has been a very big year for Lord of the Rings. After the book which started it all celebrated its 80th anniversary last year, a TV series exclusively on Amazon was announced, and two novels, “Beren and Luthien ,” and “The Fall of Gondolin,” were published posthumously by J.R.R. Tolkien’s son Christopher.

It has been announced that the grandfather of modern fantasy will be getting a new massively multiplayer online role playing game (MMORPG) produced and published by Leyou Technologies Holdings, who previously created the critically acclaimed Free-to-Play MMO Warframe. If you like mobile MMORPG for Android or iOS check this Mu Origin 2 Server

Athol Games is partnering with Middle-earth Enterprises, to develop and publish a free-to-play massively multiplayer online video game based on The Lord of the Rings, the landmark fantasy literary work of J.R.R. Tolkien. Set in the world of Middle-earth during the years leading to the events of The Lord of the Rings, the game will provide Middle-earth fans throughout the world with a new, immersive game experience for epic exploration of the Tolkien universe.

While the “Tolkienverse” already has its own MMO in the form of Lord of the Rings Online, the game is nearly 11 years old, which far surpasses the typical lifespan of a non-World of Warcraft MMO, so it may finally be time to breathe new life into the Fantasy Epic. 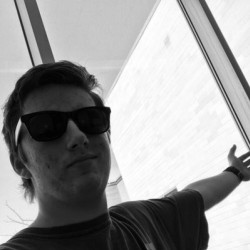 The Lord of the Rings Living Card Game Coming to Steam
June 26, 2018

Amazon Committed to 5 Seasons of Lord of the Rings Series
April 5, 2018

LEGO Lord of the Rings Games No Longer on Online Stores
January 4, 2019

New Lord of the Rings Book Announced; The Fall of Gondolin
April 17, 2018