Lately I have been trying out all kinds of tech ranging from keyboards, minicomputers, and streaming devices. I have also dabbled in trying some smart home devices. However, the Amazon FireTV Cube is one device that is small yet insanely powerful for its size.

What is the Amazon FireTV Cube?

The Amazon FireTV Cube is designed with entertainment in mind. It is perfect for home theater areas as you can use your voice to turn on and off the tv, sound system, and cable boxes.  Which the cube installed you can just say “Alexa” (command) from across the room. Say switch to PS4, or Xbox and it will do that as well. This also helps cut down on needing remotes for most devices in your entertainment area. However, there are some that aren’t fully integrated even with the IR extender included in the box.

When I opened the box for the Cube it had a very premium package. It came with the Cube itself, an Alexa enabled remote, Amazon batteries, power cord, Ethernet Adapter, and IR extender for your other devices. One thing that was missing in the package was an HDMI Cable which was not included at all.  Though I had a spare laying around, this is something that is needed if you plan to purchase. So please remember to have one.

I was amazed by the performance of the FireTV cube. The voice commands allow you to control most of the command apps used like Netflix and Hulu. It renders some content in 4k in 60FPS, uses HDR when available, and allows for sound to utilize Dolby Atmos Audio with 16GBs of storage for your apps.. As far as the smart home features I was able to seamlessly turn my TV, lights, and PC on and off. I was also able to change the setting on the lights. Music, however, was a different story, while my Google Home was able to play music from its own speaker. The FireTV Cube can only use the TV or Sound system speakers. So if you are looking for something Echo like for music…. This is not it. Alexa was also not able to keep a conversation going like the Google Home nor did it have as much access to information as Google Home.

The interface was very user-friendly and the same as the Fire Stick and Fire TV Dongle/Box. I had ease of access and the tiles were bright and easily readable. You can browse and install other apps and games with no concerns. There is also simple access to setting up Prime. Gaming is decent as well but high spec games do lag just a bit.

Overall if you are looking for a device to help bring ease of access to the home while having streaming capabilities. The Amazon FireTV Cube is for you. While Alexa is still not able to keep up with the Google Home, the FireTC cube is a great thing to have to make the home theater come to life by allowing not only voice controls for entertainment but almost hands-free use of your devices and your home. 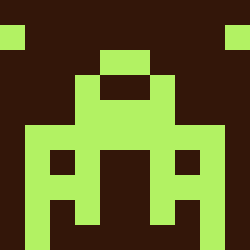